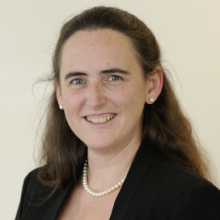 Fleet Manager - Global Procurement, National Grid
Winner of the Barbara Cox Automotive Woman of the Year award, Lorna joined E.ON as an IT Project Manager before moving to the fleet team to head up group-wide telematics and carbon reduction projects, subsequently being appointed Commercial Vehicle Manager.

Having worked in Germany on a global fleet project she returned to the UK and joined Royal Mail in 2014. Whilst there she led on the Optimise Prime project, the largest commercial electric vehicle project in the UK.  In August 2019 she joined National Grid as Fleet Manager.  She holds an international CPC, is a regular and respected contributor at industry conferences and round tables and is a judge for the Commercial Fleet awards.