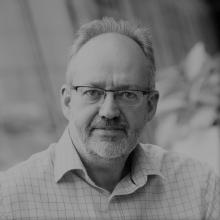 Manager, Alternative Fuels, Toyota (GB) plc
Jon Hunt has worked in the automotive industry for 30 years, and is currently the Manager for Alternative Fuels at Toyota where he has worked for over 26 years in a variety of sales and marketing roles in the UK and Europe for both the Toyota and Lexus Brands.

Since 2014 Jon has been responsible for the commercialisation of the Toyota hydrogen fuel cell electric vehicle (FCEV) programme in the UK and helped to shape the nascent infrastructure provision. He sold and delivered the first Mirai Fuel Cell Electric Vehicle outside Japan in September 2015 and in the UK he has delivered more than 150 of them.

Regularly involved in presenting, discussing policy, and the wider adoption of low emission technology Jon is the Chair of the Society of Motor Manufacturers Hydrogen Fuel Cell Task Force and in 2017, 2018 and 2019 Jon was recognised in the top 20 of the GreenFleet Top 100 most influential list.